The WordPress.com stats people helped me see how I did last year by making a 2014 report for the blog. Check it out below!

It wasn’t a stellar year for me as a blogger, but I am thrilled how my first year as a full-time freelance editor went. 2015 looks so promising, and I can’t wait to share more with you soon 🙂

A San Francisco cable car holds 60 people. This blog was viewed about 760 times in 2014. If it were a cable car, it would take about 13 trips to carry that many people.

Katie Kump is a wonderful woman of God, and she has written a book. I was blessed to have the chance to read a pre-release copy of the book and to offer a few suggestions along the way. As of this week, the book is available on Amazon Kindle.

Katie writes from the heart about the struggles that so many girls go through in their high school, college, and young adult lives. With complete openness and  humility, she talks about boys, love, being loved, making it in the world, and feeling successful. Through the entire book, she points to the true lover of our souls, the only man who can sustain any girl through grief, joy, and life: Jesus. With strong biblical support, she reminds her readers — women she sees as friends — of the truth that sets us free.

I definitely recommend this book for any young woman. Download it, share it, enjoy it. I surely did 🙂

Today’s post was inspired by the following passage from a book I love — On Writing Well by William Zinsser:

“Prune out the small words that qualify how you feel and how you think and what you saw: ‘a bit,’ ‘a little, ‘sort of,’ kind of,’ ‘rather,’ ‘quite,’ ‘very,’ ‘too,’ ‘pretty much,’ in a sense’ and dozens more. They dilute your style and your persuasiveness.

“Don’t say you were a bit confused and sort of tired and a little depressed and somewhat annoyed. Be confused. Be tired. Be depressed. Be annoyed. Don’t hedge your prose with little timidities. Good writing is lean and confident.

“Don’t say you weren’t too happy because the hotel was pretty expensive. Say you weren’t happy because the hotel was expensive. Don’t tell us you were quite fortunate. How fortunate is that? Don’t describe an even as rather spectacular or very awesome. Words like ‘spectacular’ and ‘awesome’ don’t submit to measurement. ‘Very’ is a useful word to achieve emphasis, but far more often it’s clutter. There’s no need to call someone very methodical. Either he is methodical or he isn’t.

“The large point is one of authority. Every little qualifier whittles away some fraction of the reader’s trust. Readers want a writer who believes in himself and in what he is saying. Don’t diminish that belief. Don’t be kind of bold. Be bold.” (pg. 70)

When it comes to writing, I agree thoroughly with Zinsser. Yet in everyday conversation, I also enjoy mixing adjectives. When something surprises me, I like to tell people that I am “mildly terrified.” In fact, if you were to meet me in the grocery store, my occupation may not be readily apparent. I don’t like to correct the grammar of people I meet casually. Though I wince inwardly when someone says “weary” even though they mean “leery” or “wary,” I usual only mention such pet peeves to close friends.

My husband knows that I edit life in my head, but I strive to be sensitive to the fact that not many people care about grammar as much as I do. For that matter, in day-to-day life I don’t even care about grammar as much as I do when I am editing. I’ll admit it . . . I tell people daily that I am “doing good,” even if I am not working for Habitat for Humanity or serving in a soup kitchen at just that moment!

When we speak, our words do matter, but so does our ability to connect with those around us. I’d rather speak colloquially and be relatable than concern myself so much with the finer points of grammar that I can no longer carry on a normal conversation. Choose your words carefully, but give yourself (and others!) the freedom to make a mistake or to intentionally play with the beauty and fluidity of language.

What about you? What language rules do you knowingly break in casual conversation?

TODAY, June 17,
FireFall 2.0: How God has shaped history through revivals
has been officially released! 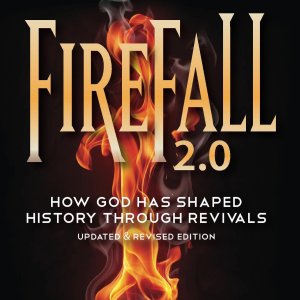 You can purchase the book here.

For a few months, I had the wonderful opportunity to read this book as I provided a light copy-edit for Drs. Alvin Reid and Malcolm McDow. It was an incredible project to work on, as I was challenged and informed while I worked. I was drawn to editing because I love to read and learn, and working on this project reminded me of the blessing it is to be paid to do what I love. Here is a brief review of the book:

In Part I, Dr. Malcolm McDow traces spiritual awakenings from the Old Testament through the early church fathers all the way to the reformation. In Part II, Dr. Alvin Reid continues  to explore spiritual revivals in the modern era, from puritanism to the early 2000s. There is no way that a 300 page book could possibly cover every revival in the history of man, but this book provides a broad look at some of the most influential revival movements in Scripture and protestant history.

Though the first half of the book can be a bit academic at times, Dr. McDow provides a thorough, solid basis for understanding revival Biblically. It is incredible to be able to see how God has been at work since the beginning of time to send His Spirit upon His people and to bring glory to His name! Dr. McDow even provides a brief word-study of the Greek and Hebrew words used to describe revivals throughout the Bible.

When Dr. Reid takes over in the second half of the book, the focus begins to shift as he explains the typical characteristics of revivals and how they have been displayed in various movements in the modern era. As he explains the first and second Great Awakenings and other more localized awakenings, Dr. Reid is careful to describe identifying characteristics of a movement of the Holy Spirit. Though no two awakenings are exactly alike, readers will finish the book with a greater understanding of how to pray and what to be alert for as they seek awakening in their own lives and in the lives of their churches, communities, and world.

As I worked through the book, I began to see why so many evangelicals are holding out hope for a revival in our day and age. I began to pray along with them that God will move among His people. I hope the book will encourage you that the God who created history is still at work in His world today!

As I was working through a lesson today, I got stuck. I had no idea whether to say “pull the tape off  the paper” or “pull the tape off of the paper.” Both sounded fine to me, and “off of” sounded just a tiny bit better. However, a quick web search and some of my favorite grammar blogs stunned me; apparently, the grammar world thinks that my acceptance of the phrase “off of” is “illiterate,” “incorrect,” “unnecessary,” “dialectal or informal,” and even hated!

Grammarphobia.com explains the issue well. Read on to see what you think:

Q: Listening to you on WNYC the other day, I was surprised to hear you use the term “illiterate” to describe the construction “off of” (as in “Keep off of the couch”). I’m a post-doctoral fellow in linguistics who uses this non-standard form. And judging by Google, it’s widely attested.

A: I’ve been bothered by that “illiterate” statement ever since it left my mouth. It was uncharacteristic of me. I’m not generally so judgmental. Even my husband let me have it when I got home from the radio studio!

My big Webster’s New International Dictionary (in a 1956 printing of the second edition) does indeed say “off of” (meaning “off”) is “now illiterate.”

However, the Oxford English Dictionary labels it “in later use only colloq. (nonstandard) and regional.” In other words, this construction was once standard, but is no longer.

For centuries, nobody considered the “of” redundant. The OEDsays that “off of” may have been around since the mid-15th century. Here are some relevant citations, beginning with the earliest (where it appears as “of of”):

circa 1450, from a medical text: “Take a sponfull of the licour … of of the fyir and sette it in good place tyl that it be ny colde.”

1667, from Andrew Marvell: “The Lords and we cannot yet get off of the difficultyes risen betwixt us.”

1712, from Richard Steele, writing in the Spectator: “I could not keep my Eyes off of her.”

1884, from Mark Twain’s Huckleberry Finn: “I’d borrow two or three dollars off of the judge for him.”

By the time Twain put those words in Huck’s mouth they were probably considered a regionalism. (As Twain wrote in an author’s note, “In this book a number of dialects are used.”)

Merriam-Webster’s Dictionary of English Usage says the “off of” construction lost its respectability in the last quarter of the 19th century. Although it has “faded into the past” in Britain,M-W notes, it has become idiomatic in the US.

Today, the usage guide says, this “innocuous idiom” seems to be used primarily in speech in contexts ranging from “uneducated” to “general.”

“If it is part of your personal idiom and you are not writing on an especially elevated plane,” M-W adds, “you have no reason to avoid off of.”

I admit that I went too far in calling “off of” an illiterate usage. This isn’t 1956. But I still think it’s nonstandard and doesn’t belong in the best written English. Conversation and informal writing? Sure!

The American Heritage Dictionary of the English Language (4th ed.) says: “The compound preposition off of is generally regarded as informal and is best avoided in formal speech and writing: He stepped off (not off of) the platform.”

Another source, Garner’s Modern American Usage (3d ed.), finds the construction “much inferior” to the form without the “of.”

The author, Bryan A. Garner, puts the usage at Stage 4 in his “Language-Change Index,” which means “Ubiquitous but….” (In his system of gauging change in the language, Stage 5 means “Fully accepted.”)

One day “off of” will undoubtedly be accepted as standard American English, but not yet.

Interestingly, many other pairs of prepositions are routinely coupled in English: “next to,” “away from,” “out of,” and so on.

However, the Cambridge Grammar notes that the combination of “off” followed by an “of” phrase occurs only in American English.

Well, what are your thoughts? Is “off of” still just as acceptable now as it was in 1956? Or am I wrong today?

Word to The Burgh

The Lawrences in Pittsburgh

-Truth Without A Filter-

Adventures of Our Own

The stories of two opposites.

Dive into the depth of who you really are